If you live in Manitoba, Louis Riel Day is the third Monday in February. Louis Riel is a name that may be familiar to you for one reason or another, even if you live elsewhere in Canada. An important figure in both Métis and Manitoba history, Louis Riel features heavily in the A Girl Called Echo series, written by award-winning Winnipeg author Katherena Vermette.

Particularly relevant to classrooms in Manitoba or Saskatchewan, the A Girl Called Echo series can help you teach your students about Louis Riel and Métis history, or to learn about the topic yourself. Keep reading to find what the series is about and how you can use it with your students.

What is the A Girl Called Echo series about?

Métis teenager Echo Desjardins is struggling to adjust to a new school and a new home while in foster care. When an ordinary day in history class turns extraordinary, Echo’s life will never be the same. Follow Echo as she experiences pivotal events from Métis history, gains new perspectives about where she came from, and imagines what the future might hold.

During Mr. Bee’s lecture, Echo finds herself transported to another time and place—a bison hunt on the Saskatchewan prairie—and back again to the present. In the following weeks, Echo slips back and forth in time. She visits a Métis camp, travels the old fur-trade routes, and experiences the perilous and bygone era of the Pemmican Wars.

Echo finds herself transported to the banks of the Red River in the summer of 1869. Canadian surveyors have arrived, and Métis families, who have lived there for generations, are losing access to their land. As the Resistance takes hold, Echo fears for her friends and the future of her people in the Red River Valley.

In Northwest Resistance, Echo travels to 1885. The bison are gone, settlers from the East are arriving daily, and the Métis face hunger and uncertainty as their traditional way of life is threatened. The Canadian government has ignored their petitions, but hope rises when Louis Riel returns to help.

Echo returns to 1885 to find the Manitoba Act’s promise of land for the Métis has gone unfulfilled. In the fallout from the Northwest Resistance, Louis Riel is executed. As new legislation corrodes Métis land rights, and the unscrupulous take advantage, many Métis settle on road allowances and railway land, often on the fringes of urban centres.

Burnt out of their home in Ste. Madeleine, Echo’s family makes their way to Rooster Town, settling on the southwest edges of Winnipeg. In this final installment of Echo’s story, she is reminded of the strength and resilience of her people, forged through the loss and pain of the past, as she faces a triumphant future.

This Own Voices series of graphic novels explores issues around identity, isolation, and the contemporary foster care system. Ideal for readers aged 13–15 and in grades 7–9. Order your copies here.

How can I use the A Girl Called Echo series with my students?

Studying Louis Riel and Métis history offers a great opportunity to introduce your students to Indigenous authors and books that offer an Own Voices perspective to historical events.

Here are some ideas for using A Girl Called Echo with your students for Louis Riel Day and beyond.

Louis Riel and the Red River Resistance played a significant role in the creation of Manitoba as a province—so much so, Louis Riel is often referred to as the Father of Manitoba. After reading Red River Resistance and/or Northwest Resistance, have students review the timeline in the back of the book. Based on this foundation, students can do further research, write opinion pieces, or hold a debate about the factors leading to these resistances, as well as the creation of Manitoba as a province.

In their research for the above activity, students are also likely to come across “Red River Rebellion,” an older term for the Red River Resistance. As a class, discuss the difference between these two terms, and the connotations of each.

Another topic for research and discussion based on the A Girl Called Echo series is that of child welfare. Echo is a foster kid who is disconnected from her Métis heritage. Students can research issues related to  foster care and child welfare in Canada, and use this as a starting place for opinion writing, discussions, or debate.

Graphic storytelling is an art form that has been used for thousands of years. The article, “Graphic examples of the art of storytelling” by Niigaan Sinclair, can be used as a starting place for discussion with your students. Students can explore other styles of graphic novels and compare them to the A Girl Called Echo series, then write and illustrate their own graphic novels. Blambot is a great resource with articles on topics such as writing graphic novel and comic scripts or comic book grammar and lettering styles that students can use as a reference when creating their own comics or graphic novels.

Exploration of Identity and Heritage

Throughout A Girl Called Echo, Echo learns about the history of the Métis people. Echo is a girl who lives in a foster home and doesn’t know very much about her roots. Like all kids, she expresses herself through her clothes, hobbies, and the music she listens to. As she discovers more about her Métis heritage and settles into her new school, Echo becomes more confident and involved with her fellow students. Use the series as a starting place for students to explore their own identities, heritage, or experiences in unfamiliar environments, such as when they started at a new school themselves.

If your students attend school in Manitoba or Saskatchewan, help them connect with Métis history and experience rich learning opportunities by visiting local historical sites and events.

Before accessing resources from historical sites and museums, be sure to ask if information about Indigenous peoples was created in collaboration with local Elders, Knowledge Keepers, or Métis Senators. This will help ensure that colonial myths are not perpetuated when visiting these sites or using their educational resources.

Is there a teacher guide to help me plan my lessons?

The Teacher Guide for A Girl Called Echo is coming soon! Stay in the know and get notified when the guide is available for pre-order by subscribing to The Exchange enewsletter.

Captivating Through Artwork: How Does Publishing Work?, Part Four 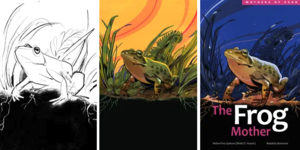 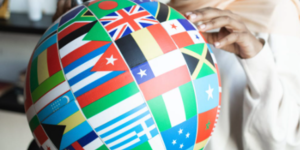